For the past 30 minutes to an hour…I have been wrestling with whether or not I should post this.

Will anyone read it?

Why do I want to do this?

There is not a single doubt in my head that there will be people who read this little letter and jump to the totally incorrect conclusion that I’m simply looking for attention.

That kind of thinking has stopped me from doing far too much in my life already. I will not let it continue to do so.

I am simply going to do what I know that I need to do.

If you haven’t noticed…I am quite an expressive, emotive person. I am creative and quirky and I like to talk about what’s on my mind.

Which is why it came as a quite a shock to me that very few people around me knew the real truth about me and my mental health.

In fact, I recently found out that some of the closest people to me in the world had no idea.

The truth is that I have depression.

And before you ask, no, I don’t mean that sometimes I’m sad.

I mean that despite having a great day…sometimes I can’t bring myself to do anything but crawl into bed, pull the covers over my head and lose myself in all reasons I am not good enough, not talented and not worthy.

I mean that in the past I have fallen into dark holes that resulted in me calling in sick to work when I wasn’t sick, skipping meals, only eating off Uber Eats and only coming out of my bedroom to go to the bathroom.

And when I tell you these things…I don’t mean that this is a recent occurrence in my life. I mean that I have had these “bottomless pit moments” from a very young age.

Why am I telling you this?

For my own recovery.

You see, I have spent the last ten or so years not liking myself very much at all. Which is odd because I can also list for you all the reasons that I think I’m great.

Great. But not good enough.

Certainly no where near as good as anyone else.

Last in line. Bottom of the pile. Lowest rung on the ladder. Less than average.

Why do I feel that way? I don’t really know.

I know that I am a kind person. Not a perfect person by any stretch of the imagination. But kind and forgiving.

I know that I am a fairly good writer. Not as good as someone of the wonderful people I went to university with. But certainly good, none the less.

I know that I am strong person. No argument there.

I know that I am an intelligent person. Both in life smarts and book smarts. Am I Einstein? No, but still…very intelligent.

All of these things I am proud of.

And I do mean hating.

I look back at the person I was in high school and I do not recognize her. She is not me.

I have often said that I feel sorry for the people who were friends with me, went to high school with me, dated me…had to put up with me.

Because I really mean it when I say that I despised who I used to be. I could not see a single redeeming quality in myself. So much so that I often wondered why anyone ever liked me in the first place.

Until recently when I started expressing that opinion to people who knew me when I was in high school. They all said variables of the same thing.

“Yeah Gitta…sometimes you did dumb shit and made mistakes. But we all did, we were kids. We were figuring out. You’ve always been the same person…now you’re just a more authentic version of who you always were.”

When the first person said this…I thought they were just being nice.

Then the list of people who had told me the same thing started to pile up and something I had never considered before began to run never ending laps through my mind.

As I write that…it occurs me to that maybe that’s something I should always have been aware of. It occurs to me that maybe other people don’t hate themselves for their mistakes.

It occurs to me that maybe people don’t hate me the way that I thought they did.

Maybe I am worthy.

I just read back over those three sentences to check for spelling mistakes. And I burst into tears.

My housemate told me a couple of weeks ago that no one would ever know what was going on inside my head unless I told them. Because I am very good at putting on a brave face.

I have always rallied.

I pull my shit together just long enough to make it through the doors of my bedroom where I can break down in privacy and in safety.

In a past relationship that ended far quicker than anyone could have possibly predicted, I told the person I was seeing that no one would ever know how fucked up I really am.

Even though it’s written in the lines of every poem I ever write.

No one will ever know.

That’s why I am writing this. Because maybe you should know.

Maybe it shouldn’t be a secret that sometimes I feel claustrophobic sitting in my own house.

Maybe it shouldn’t be a secret that sometimes I wake up in the middle of the night…afraid. And I don’t know why.

Maybe it shouldn’t be a secret that I’m damaged. Because I know that there are some people reading this right now that are in equal amounts of pain.

Believe me when I say, I understand.

I know it’s hard to believe people when they say that.

How could they possibly know what it feels like to sit in a room of your closest friends and family…and feel completely alone.

How could they possibly know what it feels like to be looking forward to an event for weeks on end…and then the moment it comes…feel utterly dead inside.

How could they know?

Trust me. I know.

The depression in my head does not want me to post this.

I have been dealing with this shit living inside of my head for long enough now to know that it only wants me to avoid doing things that I 100% should do.

That is why I am doing this.

I can not fight this shit if I keep it hidden in the dark.

It needs to be drawn into the light where everyone can see it.

One fat, steaming, turd sitting on the kitchen table, sun streaming through the window…where everyone can see it.

That is important to note.

Depression lives inside of me.

It is simply living inside my head and ignoring all eviction notices I send its way.

If by any chance you are reading this…and relating at all to what I have said. I want you to know that what I just wrote is true for you as well.

You are not depression. Depression is not you.

It is reliant upon for it’s very existence.

But you are not reliant upon it.

Which is why…even when you feel like depression is winning…you still have power over it.

You are still in control. Your innate, inner self is stronger and more powerful than it will ever be. Don’t forget that. 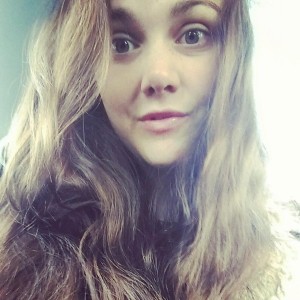